The authority reiterated that it does not own the online pages, noting that many Kenyans have lost their hard money to the scam.

Additionally, the NTSA urged motorists who had been defrauded by the scheme to report the matter to the police.

The NTSA statement drew mixed reactions from a cross section of Kenyans, with some sharing their experience at the hands of scammers. Others have accused the relevant agencies of laxity in apprehending those leading the union.

“If you have their cell phone numbers, what’s stopping you from arresting the culprits or you want us civilians to do the state’s job of arresting the criminals, then you’re telling us that we have taken the law into our hands? Caleb Chalo commented on Facebook.

Other users urged the NTSA to improve its services, noting that complaints were taking too long to process.

The NTSA has been on the scene for the past few weeks following a revelation of BBC Africa where some unscrupulous driving school officials and NTSA staff colluded to give drivers licenses to untrained Kenyans.

Consequently, the transport regulator issued a response indicating that the matter was being handled by the DCI.

“The authority has received this information and we have a DCI-led department at the NTSA and we will take executive action against anyone found guilty, even if it means dismissal,” Wangai said. 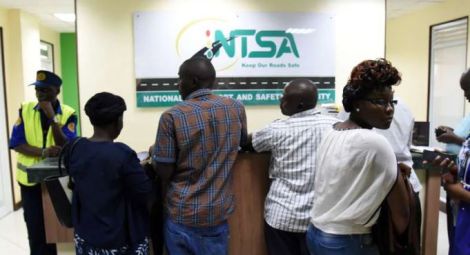 An image of citizens getting services at NTSA offices